This year the “premio del Colore” award, conceded by the Gruppo del Colore – Associazione Italiana Colore, was given to Vittorio Storaro, who is considered to be one of the most influential cinematographers of all time.
Vittorio Storaro is an Italian cinematographer widely recognized for his work on numerous films now considered classics; he is well known and highly appreciated all over the world. He has won three Academy Awards for Best Cinematography and numerous other national and international awards.
He is originally from Rome where he began studying photography when he was only 11 years old; at 16 he graduated as maestro di fotografia, which roughly translates as Master Photographer. At 18 he was certified as Color Cameraman and became one of the youngest students attending and graduating from the Experimental Center of Cinematography.
In 1966 he had the opportunity to work with Bernardo Bertolucci as assistant cameraman in Before the Revolution, and in 1968 he was director of photography for the first time in Giovinezza, Giovinezza by Franco Rossi. After having worked with Dario Argento in The Bird with the Crystal Feathers, in 1970 he returned to work with Bertolucci in The Spider’s Strategy, a film that marked the beginning of a fruitful collaboration between Storaro and the director.
Storaro’s first mainstream studio film was Apocalypse Now directed by Francis Ford Coppola in 1979, which resulted in Storaro earning his first Academy Award. He received his second Academy Award in 1981 for Reds, directed by Warren Beatty, and the third one for The Empire of the Sun, in 1987, directed by Bertolucci.
His research, training, and work experience have led him over time to recognize the fundamental meaning that color has in life. Storaro believes that it is not possible to express oneself in the visual arts, including cinematographic photography, without knowing the physiological, dramaturgical and philosophical meaning of colors, or what Leonardo da Vinci called the “children of light and shadow”. The study of color has been one of the greatest thrills of his life and his life philosophy focuses on the effects colors have on human actions and reactions, and how they influence human perception. 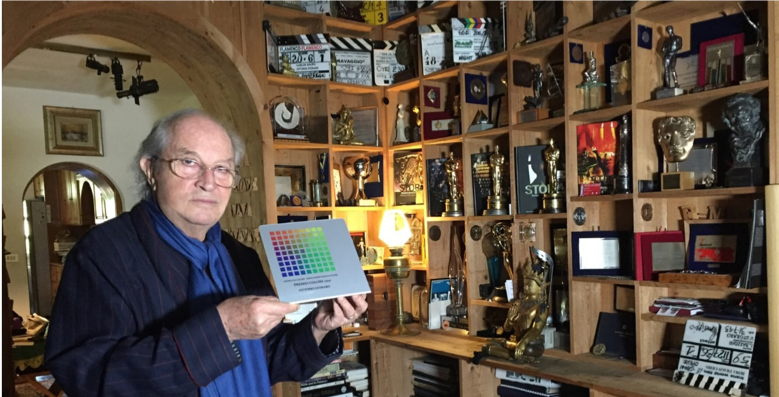